THE PERILS AND PITFALLS OF PROGRESS AND PROSPERITY 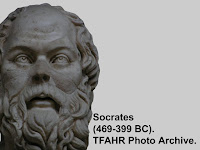 “The younger generation has it too good!” is the refrain of every flustered parent trying to instill a sense of appreciation into a spoiled child. Socrates was one of the first to issue this lament. Having both heard and used the admonition, I can appreciate it from both sides of the bullhorn. As hackneyed as the phrase may be, within lies a significant truth. It may not be true that every single generation has lived better than the generation which preceded it; there are setbacks: barbarian invasions, Dark Ages, bubonic plague, civil war, and the vast array of natural disasters which Mother Nature visits upon us with great regularity. But in the main, for the past three centuries in the West there has been an astounding and steady increase in what we can loosely call progress and prosperity.

As an impoverished undergrad living in a south Bronx slum, I was well nigh flummoxed when a history professor informed our class that the poor of today (1971) enjoy benefits that the rich of yesteryear could hardly have imagined. He went on to enumerate: electricity; clean water; indoor plumbing; artificial heating and cooling; radio and TV; rapid transportation on land, water, and sky; freedom from a plethora of diseases at one time common and often fatal. His list seemed interminable. And all that before laptops, iPods, and the Internet. The roaches and rats didn’t disappear from my apartment, but I viewed my “poverty” in a different light from that point on. So, when students, politicians, crusaders of various ilks, and NGO types urge us to return to the ways of our forefathers, to recapture a simpler way of life, to jettison the trappings of our materialistic modern culture, I feel like asking them which disease they want returned, how deep should we dig our own crapper, or how far did they walk to attend that conference where they could pontificate on the virtues of the simple life.

The norm. It’s hard to ignore the fact that over the centuries of man’s recorded history (since ca. 3000 BC) there has been a steady stream of invention, innovation, and material progress. Slowly one improvement builds upon another. The operative word is “slowly.” The odd thing about modern innovation and change is its rapidity. Despite differences in weaponry, Thothmoses III (15th c. BC) and Andrew Jackson both had to move their troops the same ways: by foot, on the backs of beasts, or with sail- or oar-propelled boats. Half a century after the War of 1812, the railroad and steamboat were in use. A 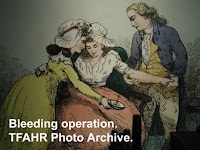 century after the same war, warriors were in the air, under the sea, and racing across the land in machines powered by internal combustion engines. In Jackson’s day doctors were still bleeding their patients; now doctors are on the verge of predicting the medical future of a child in utero. 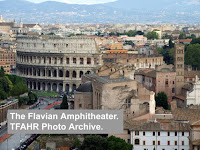 Sometimes even slow progress was not the norm. A widely repeated and fairly reliable story about the construction of the Flavian Amphitheater (the Colosseum) illustrates the point. Vespasian (reg. 69-79) shanghaied a lot of the bread and circus crowd of Rome to do the grunt work of hauling material around for the building of the Colosseum. It is said that an army engineer came to Vespasian with an invention that could do the work of a dozen men. Vespasian, eager to see the machine, asked for a demonstration. Said machine met the engineer’s boast - and Vespasian promptly had it destroyed. He argued that the machine would have put thousands out of work. As astounding as Roman aqueducts, baths, and bridges are, Roman engineering innovation was severely hamstrung and retarded by Rome’s reliance on slavery. The Romans knew the mechanics behind and even devised wind and water mills, but slaves were a cheaper source of energy. Hence, these inventions went nowhere until slaves became scarce in Europe in the Middle Ages. Many speculate that the ancient Egyptians probably also understood all the principles behind levers, fulcrums, pulleys, and transmission of power; but men and beasts being plentiful, these principles were never applied in their brilliant architectural projects.

In these cases progress was intentionally retarded because of the preferability of full employment on the cheap. The examples of Rome and Egypt actually indicate a deep understanding of the full consequences of progress and prosperity. Technological innovation has a number of easily discernable consequences. It often improves the quality of a product. It drives the cost of a product down. But since innovation improves production efficiency, it can, thereby, reduce the number of people needed to do a job. Since the Middle Ages, innovations in agriculture have made it possible to do more on the farm with fewer people. The surplus unemployed rural labor fled to the cities. Since the late 1700s (the beginning of the Industrial Revolution) innovations in manufacturing have made it possible to produce more in the factory with fewer people. Those laid off have to find jobs elsewhere. The complaint of the unions is that once a manufacturing job is lost, the unemployed end up in the service industries.

The fact that is neatly glossed over in this complaint is that we have come to equate “service industry” with “burger flipper.” “Service industry” includes burger flippers, but also all restaurant personnel, teachers, doctors, lawyers, actors, athletes, computer techs, massage therapists, et al. ad infinitum. As I type this article on a laptop, I wonder what happened to all the workers employed in typewriter factories, as well as the makers of white-out and typewriter ribbons, and the typewriter repairmen and salesmen. Should the computer revolution have been stalled to protect these jobs? Should any new industry be shackled for the benefit of an old technology? Few wish to return to typewriters or long hand, for that matter. But in these waves of “creative destruction” of capitalism (Joseph A. Schumpeter, Capitalism, Socialism and Democracy), there are some that get washed up and stranded. What to do with them?

It is easier to say what not to do with them. Do not make them wards of the state. The most damaging thing to do to someone who is physically or mentally capable of employment is to create a scenario in which that person survives as an infantile dependent. Rome’s “bread and circuses” nurtured a massive dependency class unable to care for itself. Many of our modern welfare programs are equally corrosive (Star Parker, Uncle Sam’s Plantation). Perhaps the CCT (Conditional Cash-Transfer) programs so popular in Latin America are the answer. CCT programs pay only upon verification that parents are sending their children to school, visiting the clinic, working, and so forth. Unconditional dole pay-outs, however, have a way of rotting the spirit.

Such a spiritual rot has a way of spreading throughout the body politic. In ancient Rome it was not only the “on-the-dole” crowd that grew apathetic. By the fifth century AD Germans were being enlisted in the Roman legions to defend the Empire (against other Germans and Huns), the Romans themselves having lost interest in soldiering. And the imperial government came to make many decisions that were formerly regarded as being personal matters: certain trades were made hereditary; the ability to pick up and move was restricted; levels were set for prices and wages; and, finally, certain religious beliefs were declared heretic (and the appropriate punishments set). The Romans traded in their liberty for personal security – the imperial government now took care of them in exchange. An Empire of infantile dependents?

Quo vadis, America? Since Otto von Bismarck created the benefits state to “take the wind out of the socialists’ sails,” the West has seen a steady increase in state care matched by a steady decrease in individual responsibility. Every election cycle here in the USA we are guaranteed more and more “rights” like affordable housing, college education, job training, and universal health care, all at no cost; we are promised cleaner and cheaper energy and free wifi; cities, states, and homeowners are all bailed out. When one hears in a public forum citizens whining to the President of the United States that they want a new kitchen or a job with better benefits or equal-to-wage unemployment compensation, you know it’s time to re-write JFK’s “ask not” admonition: “ask not what you can do to help yourself, ask the government for free stuff.”

It’s hard to imagine what went through the minds of the last generation of the dependency class in ancient Rome, when there was no more army to defend them, no more imperial government to provide them with free bread and circuses, no one to maintain their aqueducts and bath houses, no one to remove the filth and litter from their streets and sewers. A denarius for those thoughts!
Posted by William Neidinger at 2:53 PM